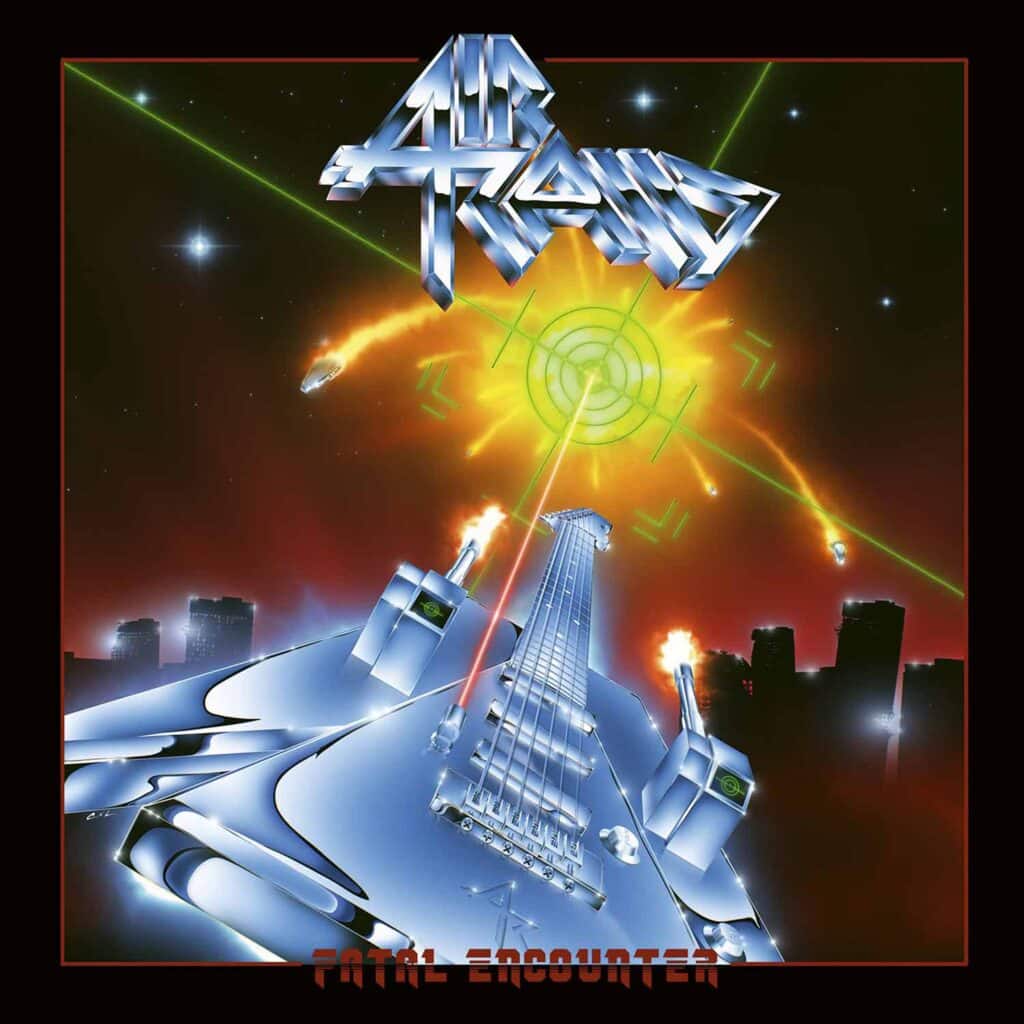 Belonging to the same generation as Ambush, Screamer, Enforcer and Robert Pehrsson’s Humbucker, Air Raid are currently hailed as one of the most accomplished protagonists of the new wave of traditional Swedish heavy metal.

The band was formed by guitarist Andreas Johansson in Gothenburg in 2009. After a two-track demo in 2011 and a CD EP called »Danger Ahead«, the band’s debut album »Night Of The Axe« saw the light of day in 2012, followed by two more full-length records for the High Roller label: »Point Of Impact« (2014) and the critically acclaimed »Across The Line« (2017).

“»Across The Line« was very well received worldwide,” is how Johansson describes the reactions to the third Air Raid album, which was in 2019 followed by an exclusive 7” single called »Demon’s Eye« including two brand new tracks. “The 7” format is not so common anymore, right?,” adds vocalist Fredrik Werner. “I love going to record stores and finding these old singles that often have B-sides that never made the albums. Speaking of »Demon’s Eye«, I’d say it was the perfect bridge between »Across The Line« and »Fatal Encounter«.”

“We worked in a couple of different studios in Gothenburg when tracking this album,” explains guitarist Andy Johansson. “This was partially due to Covid but also because we wanted to try out new things. The writing process went very smoothly as Fredrik and I collaborated on most of the songs.”

“We never had any special sound in mind,” continues Andy, “but more a constant flow of ideas that came together nicely. I prefer to let all songs live their own life and not thinking ‘it has to sound like this or that’. I think this mindset makes our music quite unique among other heavy metal bands.”

“We’ve put down a great deal of effort into »Fatal Encounter«, and I have good faith in that it will take us were we need to go”, is how vocalist Fredrik Werner puts it. “Now we’ll let the music do the talking and we’ll see what the future brings. Nothing is impossible!”
MATTHIAS MADER

Mastered by Patrick W. Engel at TEMPLE OF DISHARMONY in October 2022