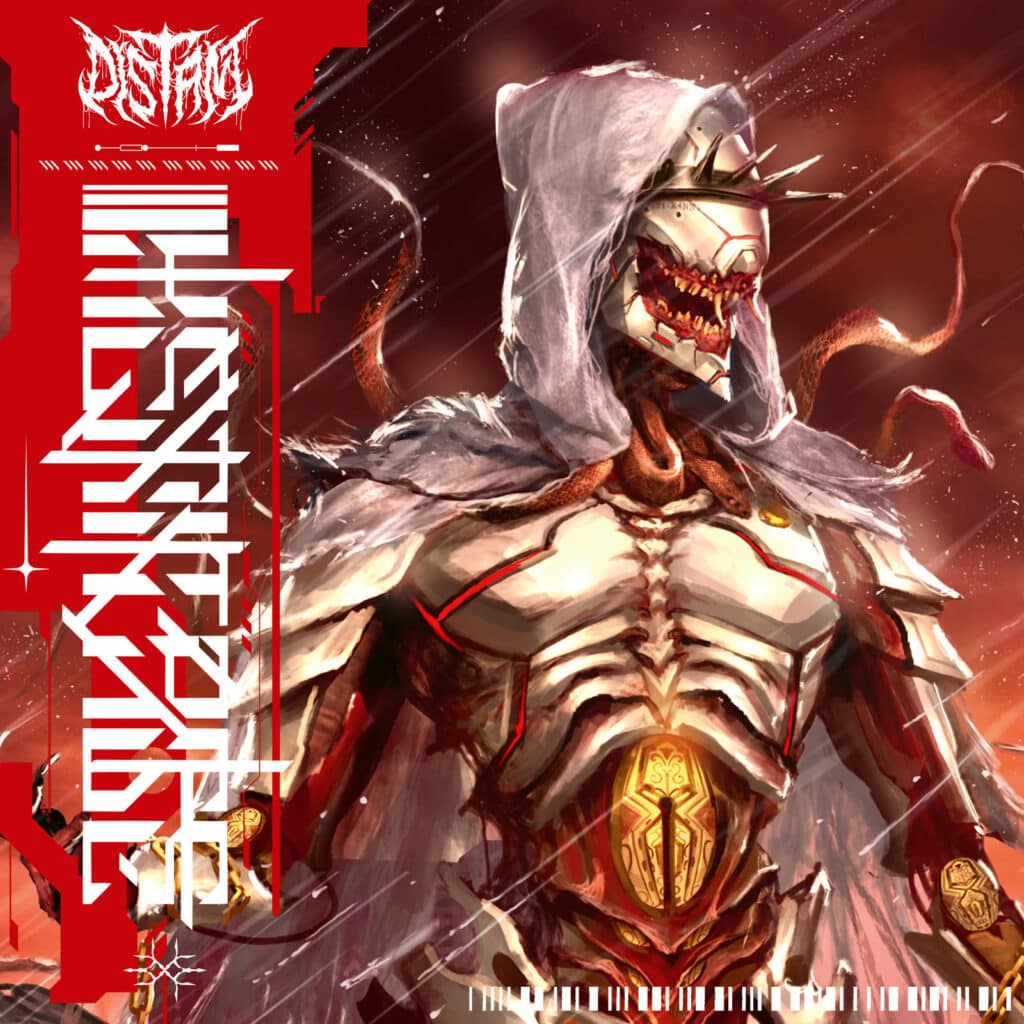 There’s more than just brutality in the breakdown for Dutch/Slovak deathcore ensemble, DISTANT. Heritage, the quintet’s Century Media debut and third installment of bone-crushing, thick-as-concrete heaviness, takes their trademark “Downtempo/Deathcore” and pushes it into the red. It’s got all the subtlety of being run over by a tank – repeatedly. “It’s low and slow,” smirks vocalist Alan Grnja, describing the band’s sound. “Musically, lyrically, we try and travel the uncharted and come up with something you can only call DISTANT.”

DISTANT has become one of the prominent faces of European Deathcore. Melding together brutal death metal, slam, noise, and beatdown with a hyper-dissonant orchestra of impending doom, they’ve come eons since their origins as metalcore-obsessed friends in Rotterdam and Bratislava. “I wasn’t the original singer,” says Grnja. “I was in a different band in Slovakia with DISTANT’s drummer [Jan Mato] and we were supposed to go on tour with DISTANT but we ended up breaking up. DISTANT, who were playing a very heavier style of metalcore at the time, asked me to join and that was really the start of DISTANT.” With the release of 2017’s Tsukuyomi EP (named for the Japanese god of the moon), the band gained international acclaim, leading to a deal with Unique Leader Records and the unleashing of their debut fell-length, Tyrannotophia.

With that, DISTANT (rounded out by bassist Elmer Maurits and guitarists Nouri Yetgin and Vladmir Golic) took an immersive approach to their hell bound sonics and thought-provoking lyricism and began weaving a fictional universe and story in sound that would end up as the 2021 self-published novel, The Rise of Tyrannotophia. “We all are pretty much nerds,” says Alan. “Movies, anime, video games. Most of the inspiration I get is from playing games like Devil May Cry Final Fantasy, Doom or movies like Event Horizon, Predator, Prometheus, basically, cosmic horror. I wanted to put that sense of imagination and mystery into the band.”

Inspired by tales of the dark ages and the occult, over a clutch of singles and EP’s including 2020’s Dawn of Corruption and 2021’s full-length, Aeons of Oblivion, the DISTANT’s fictional “Tyrannotophia” cycle became further fleshed out. It tells the story of Tyrannt, a mythical character banished into his own mind by a god-like father. “It’s all happening in the main character’s head and he’s essentially fighting seven lords that are all aspects of his own personality.” The concept behind DISTANT’s deluge of sound has also been translated to the written page in Rise of Tyrannotophia, a self-published novel penned by Alan and Elmer. As much as previous records, that also serves as a jumping off point for DISTANT’s clear-cut next step with 2023’s Heritage.

Produced by the band and Within Destruction guitarist Howard Fang and co-producer Simone Pietroforte, Heritage isn’t merely the next step for DISTANT, but also a benchmark for Deathcore itself. “We wanted to take a more dynamic live approach,” says Grnja. “The new songs are more fun to play live and you can see how they strike something deeper with crowds.” As the Tyrannt story-line bridges into more concrete, sciencefiction, the music takes an even darker turn with tracks like the album’s first single, “Exofilth” or “Human Scum”. The corresponding videos for those tracks hints at the shift the story takes, “into the real world, in the future,” the frontman reveals. “Tyrannt is stripped of his powers, weakened. He’s no longer the apex predator. He’s driven by revenge against his father but this time, the story is set in a more cyberpunk, Blade Runner-ish world.”

Life imitates art and DISTANT faced a trial of their own for their first North American tour in the Spring of 2022. Joining labelmates Suicide Silence, Lorna Shore and Signs of the Swarm on the “Chaos & Carnage” tour proved to be a challenge as only the Slovak contingent were able to get their visas in time. “Because of everything being so backed up after the pandemic, the Dutch guys couldn’t even get their interviews until literally after the tour!” Alan recounts. Rather than cancel, DISTANT took the challenge headon with Grnja and Mato calling up long-time friend, The Breathing Process guitarist, Jordan Milner, to fill in. “The tour went off great,” Alan recounts. “We played as a 3-piece with the bass backtracked and the shows were still great!” Chaos and Carnage also set the stage for the band in North America as Alan would join the likes of Lorna Shore and Suicide Silence onstage countless times. “It was amazing being pulled up onstage to do songs with Suicide Silence. That’s music that’s literally embedded in my DNA!”

Rather than be sidelined, guitarist Nouri Yetgin seized the opportunity to finalize the writing of Heritage. “When Nouri realized he wasn’t able to tour the US with the Slovak half, he didn’t fret and started practicing solos, new guitar techniques and new songwriting approaches,” Grnja recalls. “Endless days and nights came to writing instrumentals for the whole album by himself and finishing the whole album.”

With the Heritage track, “Argent Justice”, DISTANT takes Deathcore’s sense of community a quantum-leap forward with no less than 15 other vocalists including members of Suicide Silence, Emmure, Bodysnatcher, Angelmaker, Cabal, Crown Magnetar and Paleface for a “We Are the World” of Deathcore. “The inspiration for that came from animated shows in the 90’s where Spider Man would team up with X-Men and stuff like that!” laughs Alan. “We did that on a track in 2020 called ‘Argent Debt’ where we had five other people. We were inspired by being on tour in America and so many of us jumping up onstage and playing together. Every vocalist on that track sounds unique. It’s a bright, colorful rainbow of Deathcore singers!” Lorna Shore vocalist Will Ramos also contributed to the album’s haunting title track.

Musically, and thematically, Heritage is DISTANT’s coming of age and reckoning moment. “This is the perfect DISTANT record,” says Alan. “I want it to be a genre-defining album in the same way The Cleansing was for Suicide Silence, I would say this album is for us.” With a rich mythology and a record that shatters expectations, DISTANT has arrived on the world stage. Their heritage is just beginning

PrevPreviousPierce The Veil – Jaws of Life coming off February 10th, 2023
NextHellripper’s third studio album, due for release on 17th FebruaryNext