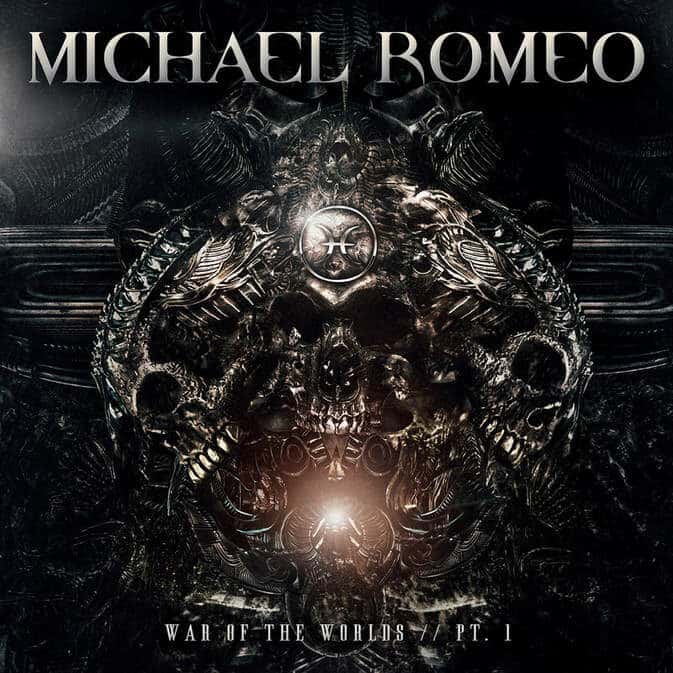 Listening to Michael Romeo’s solo album, War of the Worlds / Pt. 1, I realized for perhaps the first time what a unique and distinctive guitar playing style Romeo has.

The guitar tones, chord progressions, and solo runs felt familiar and instantly-recognizable.  But do not misunderstand—this album is not a retread of Romeo’s prior work.  And it does not at all sound like a collection of Symphony X leftovers.  Although War of the Worlds often feels reminiscent of Symphony X, and it is impossible to avoid comparisons to that band, this album is its own unique animal.

It is obvious from listening to Romeo’s writing on Symphony X that he has a flair for the dramatic.  His songs typically feature multiple layers of guitars and orchestration, with lots of classical influences.  War of the Worlds follows in that vein.  The ten songs on War of the Worlds are definitely heavy.  But they are also complex, huge sounding, and cinematic.  And while Symphony X’s albums have progressed more and more to the heavier side through the years, War of the Worlds is melodic and catchy.  Some of the hooks are huge and infectious, and manage to stay with the listener long after the album is over.

The heavy guitar riffing, frantic double bass drumming, and classical sounding keyboards that Symphony X fans are familiar with are all here.  From a guitar perspective, the album often feels somewhat predictable.  The heavy riffing and classically-influenced guitar solos are here in abundance.

But Romeo also experiments with and incorporates some other diverse influences that often take these songs in different completely different directions.  F*cking Robots is perhaps the most obvious example.  The song is, by far, the most daring, experimental song on the album.  In a recent interview, Romeo described the song as incorporating elements of dubstep.  And it does.  But in ways I found to be very unconventional and different from traditional dubstep.  The song begins with keyboards and orchestration that would be the norm as a track intro on any Symphony X album.  From there, we get some interesting machine effects over guitar riffs that make the song immediately stand out as something truly different and experimental.  The vocals are also very unique and different, being drenched in effects to make them sound somewhat artificial and mechanical.  This all adds to the unique atmosphere of the song to make it something truly different.

Speaking of vocals, the vocals on this album are performed by up-and-coming Long Islander, Rick Castellano.  And Castellano absolutely nails it.  He shows tremendous range and sense of melody, combining the almost-operatic range and power one would expect of the typical power metal vocalist with the cleanness and sweetness of a pop star.  For heavy music, I generally prefer vocals with more grit and edge.  But Castellano’s cleaner style just works with these songs.  Castellano may not be well known yet.  But he delivers his performance on this album with the conviction of a veteran.

Castellano really shows off his range in the Eastern-inspired Djinn.  His vocals soar over Arabic scales and orchestration that conjures up images of far away lands.  Romeo delivers a blazing guitar solo.  But this should not be surprising.

At first listen, Believe is perhaps the most straightforward, mainstream-sounding song on the album.  And yet, it clocks in as the longest at 8:22.  The song starts softly and takes its time before getting to some of its main themes and, eventually, its vocal passages.  The song then builds into a huge power-ballad section, and then some complex orchestration that is reminiscent of The Odyssey.  Romeo does not wait long to remind us that this is, after all, a guitar-driven album by delivering a signature solo before the song returns to its big, soaring, multi-layered chorus.  I would not expect a “ballad” of sorts to be one of the standouts on a Michael Romeo solo album.  But this song absolutely grabs the listener and does not let go.  At times, it sounds like something from a movie score.  At other times, it sounds like 1980s AOR.  And Romeo somehow brings it all together in a compelling and satisfying way.

Oblivion is perhaps the most “traditional” song on War of the Worlds.  The song features one of Romeo’s signature nasty guitar riffs.  The riffing is repetitive, but that is because the song calls for a solid, repeating backbone over which Castellano can deliver a catchy, but attitude-laden vocal performance.  Oblivion is that song where you catch yourself midway through bobbing your head and having a great time.  This song does not really bring anything new or unexpected to the table.  But it is fun nonetheless.  And with the amount of variety and diversity on this album, this song does not need to do anything new and different.  Sometimes, there is nothing wrong with a song that just rocks and makes you smile.

The production on War of the Worlds also bears mentioning.  The mix on this album is excellent.  The guitars and heavy and percussive.  The keyboards and orchestration are huge.  The vocals are well-defined and up front.  And the drums are crisp and clear.  None of the instruments step on each other.  This is the ideal type of mix for such a heavy but layered album.

Overall, War of the Worlds is a pleasant surprise.  I went into this album with a lot of preconceptions about what I thought a Michael Romeo solo album should sound like.  In some ways, War of the Worlds was consistent with those expectations.  But the album also had more than its fair share of unexpected twists that make it a much more fun and fulfilling listening experience than I imagined.

War Of The Worlds / Pt. 1 is due out July 27th on Music Theories Recordings 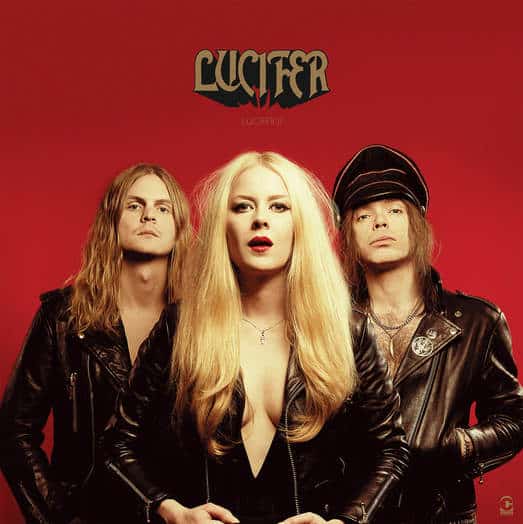 Lucifer – An interview with Johanna Sadonis and Nick Andersson 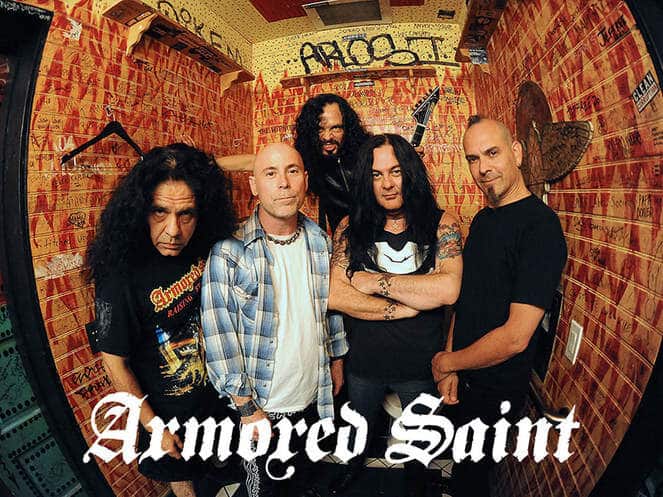