Neal Morse is known for progressive rock concept albums.  Since 2003’s “Testimony”, many of his projects focused on Morse’s Christian faith in one aspect or another.  In 2007, Morse released a progressive rock musical biography of Martin Luther, titled “Sola Scriptura”.  His latest release, “Sola Gratia”, shares a strong spiritual connection with “Sola Scriptura”.  Indeed, the similar name is no coincidence.

Lyrically, “Sola Gratia” chronicles part of the life of Saul of Tarsus, who is better known as Paul, the Apostle, the name he assumed many years after Jesus’ crucifixion, after he was converted to Christianity.  The album tells the story of Saul’s transformation from being one of Christianity’s chief enemies to one of its greatest champions.  Musically, the album takes the listener on a complex, emotional, and satisfying musical journey that mirrors the tumultuous story it is trying to tell.

“Sola Gratia” has all the trademark Neal Morse signatures fans would expect.  Complex, layered, progressive musical passages?  Check.  Lyrical and musical themes that repeat throughout the album, and evolve and change in sometimes-subtle, but always-clever ways?  Check.  Passion and emotion?  Check.  Great storytelling?  Check.  This album has it all.
​
As much as artists often hate having their albums compared to earlier works, it is inevitable that “Sola Gratia” be compared to “Sola Scriptura”.  As mentioned above, there is a definite, deliberate connection between the two albums.  The very first song, “Preface”, immediately draws the listener back to “Sola Scriptura” by directly referencing the lyrics, subject matter, and a major musical theme of that earlier work.  Other lyrical and musical references are scattered throughout.  But that said, they are very well done and always feel tasteful and purposeful, rather than simply copying and pasting a melody or lyric.  The title, which is Latin for “faith alone,” also appears to hearken back to the “Sola Scriptura” lyric, “…a man by candlelight reads, the just shall live by faith…” which is the catalyst for many of Luther’s actions told in “Sola Scriptura”.  The callback to that lyric is very apropos for “Sola Gratia”, as it is a direct quote from two of Paul’s letters (as he quoted from the Old Testament prophet, Habakkuk) that he used to emphasize the importance of faith to his readers.  Indeed, the very concept of Paul learning to live by faith and not by the letter of the Jewish law is at very heart of the story told by “Sola Gratia”.

The album begins with a brief introduction that lyrically and melodically ties back to themes from its predecessor album, which chronicles Luther’s battles with the religious leaders of his day who were outwardly proclaiming their own godliness while inwardly being corrupt and vile.  The album deals with Luther’s struggle as a former insider who progresses from questioning the hypocrisy to actively fighting against it, at risk of losing his position, his family, and potentially his own life.  One of the main themes of the album is choosing to do what is right in God’s eyes, no matter the cost, and how God can use just a single person with that level of desire and commitment to change the world. “Sola Gratia” uses a similar historical setting to explore that same theme and tells the story of Saul of Tarsus being transformed from a self-proclaimed enemy of the early Christian church into one of its greatest advocates.  As Neal sings during the opening track: “…Long before Luther wrote his words upon the door, there was a man who paved the way before…”

After the brief introduction and one of Neal’s signature overtures, the album opens with a monologue by Saul where he proclaims his dedication to God, and how he plans to wipe out anything and everything associated with Jesus in In the Name of the Lord.

To understand this and the events that follow in the album’s story, is important to have a basic understanding of the events that are described in the lyrics, some of which are alluded to indirectly and in ways that may not make the setting clear to those unfamiliar with Saul’s life.  Without going too deeply into theology, details of Saul’s life and the events predating his conversion to Christianity, and how they fit into the story told in “Sola Gratia”, are provided below.
​
It is easy to forget that, at the time Jesus was crucified in Jerusalem, Christianity did not yet exist as a religion.  Historically, the Jewish people of Jesus’ day saw themselves as God’s special, chosen people, and saw everyone who was not a Jew as “unclean” second-class citizens.  The lyrics of “Ballyhoo” and “Building a Wall” set up this important historical backdrop.  The Jewish leaders at the time believed that Jesus and his followers were even worse than the non-Jewish Roman empire that then occupied the Holy Land, and must be eliminated at all costs  They believed that could easily be accomplished simply by killing Jesus, watching this fledgling religion simply die out once its leader was gone.  As Neal sings as part of a chorus, “…we are the chosen few, and we will erase all this ballyhoo…”

As repeatedly comes up in the story of this album, rather than Christianity withering away and disappearing after Jesus’ death, it continued to grow and spread in the months and years that followed.  It is during this time that history begins to chronicle the life of young Saul, who is a prodigy whose star is quickly rising in Judaism.  Saul likewise vows to help wipe out Christianity and obtained written permission from the Jewish authorities to go from house to house, arresting any Christians who would not renounce their faith, and having them thrown into prison, presumably to be executed.

“Sola Gratia” goes to great lengths to expound on the inner turmoil Saul felt as a result of his conflict with a Christian named Stephen.  Stephen was arrested and put on trial by the Jewish leadership for proclaiming Christianity.  When he refused to renounce his faith, he was executed by stoning.  As Acts of the Apostles accounts, “Saul approved of his execution” and apparently was present and held the coats of those who threw the stones. It is noteworthy that such inner chaos experienced by Saul in this album does not fit with the Bible.  Saul never questions what he’s doing, never doubts, until the incident on the road to Damascus.  In this case Morse’s took license with the story to better complement the album flow.

Saul continued to grapple with his role in Stephen’s execution for years to come, and the various phases of his internal struggle are explored in several of the songs here, eventually reaching a climax in “Never Change” and “Seemingly Sincere”, which are the two most intense, and potentially two highlight songs on the album.  The two songs are very different from one another, but complement each other impeccably.

“Never Change” is slow and somber.  The instrumentation is fairly simple and straightforward.  Open, ringing guitar chords with backing keys give the song a big, airy feeling.  Lyrically, “Never Change” deals with Saul’s internal conflict intensifying. He repeatedly asserts that he is morally in the right, justified in what he is doing, and thus will never change. It is clear that Saul’s conscience is nagging at him, but he stubbornly pushes that inner voice away and intensifies his self-justification.

“Seemingly Sincere” escalates significantly in tempo.  Instrumentally, the song is driven by a thumping metronome-like bass drum and techno-sounding keyboard line.  In a word, the song feels frantic, which parallels the intensifying internal struggle Saul feels.  The lyrics recount Paul’s incredulity at how Stephen and other Christians can stand so firm in their faith when they should be able to see how that faith is based on what Saul clearly believes to be lies.  The incredulity, confusion, and rage build within him as the song intensifies.
​
This pair of songs sets the stage of the turning point in the story in the final three songs. “The Light on the Road to Damascus” recounts the surprising story of Saul’s conversion, as recorded in Acts of the Apostles, chapters 9, 22, and 26.  “Saul, still breathing threats and murder against the disciples of the Lord,” was on his way to the city of Damascus to arrest and imprison Christians there.  The lyrics that open the song call back to the lyrics that open the album and make it appear that this is perhaps the physical setting of the album’s opening, and that the intervening songs have been a flashback.  As Saul then journeys to Damascus, he is literally blinded by a brilliant light, as a voice from heaven proclaiming to be Jesus, tells Saul to stop persecuting Christians and to go into the city to await instructions there.

The final two songs on the album find Saul a changed man.  God talks to Saul and convinces him of how wrong he has been, and tells Saul he can use his zeal and enthusiasm to strengthen and grow Christianity, rather than trying in vain to destroy it.  “Now I Can See/The Great Commission” wraps up the album in typical Neal Morse fashion, instrumentally calling back to numerous of the album’s earlier musical themes, and changing and amplifying them in an uplifting and satisfying conclusion.

“Sola Gratia” does not continue Paul’s story as he goes on to “change the world” by preaching Christianity throughout the Roman empire, often risking his own life, and eventually giving it in pursuit of his mission.  Presumably, Morse assumes the listener knows how the story ends, or better said how it begins (for most Christians, Paul becoming a follower of Christ and going forth to spread the Word is not the end but the beginning of the next chapter – for him and for the church).  And that part of the story is not the focus here.  The album is not trying to tell Paul’s entire life story.  Rather, it is telling a part of the story to make a point relating to the album’s central theme, and Morse does that very well.

As mentioned above, “Sola Gratia” shares a strong bond with “Sola Scriptura”.  However, it also sounds heavily influenced by one of Morse’s other projects, “Jesus Christ: The Exorcist”, in terms of having many structural and musical elements that sound like they are drawn from a show tunes/Broadway musical background.  Those elements fit very well with Morse’s progressive concept album style and make “Sola Gratia” feel simultaneously familiar and unique.

In summary, this album succeeds at everything the Neal Morse albums bring to the table.  It has a few new twists and turns, but overall does not majorly tread any new ground.  But it is not trying to.  And this reviewer would argue that it does not need to.  Morse knows what he does well.  And, well, he does it well.  This album should please any Neal Morse fan and should go down in history as yet another in a long list of successes.

Released by: Inside Out Music
Released on: September 11th, 2020
Genre: Progressive Rock
Fans can order the album here: https://www.nealmorse.com/product/sola-gratia-neal-morse/

***** If you are a band/artist, record label and you want us to feature your music on our page and social media channels, contact us now.

Previous Post "The Great Adventure is not only a worthy successor to Similitude—it is one of the finest musical works Neal Morse has ever been involved with." album review by Jerry Deschler
Next Post Stryper - Even The Devil Believes | Album Review by Jonathan Smith 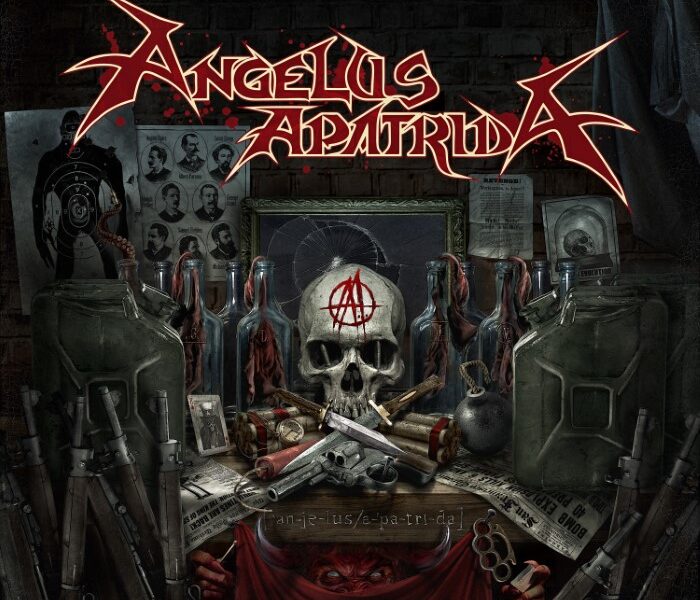 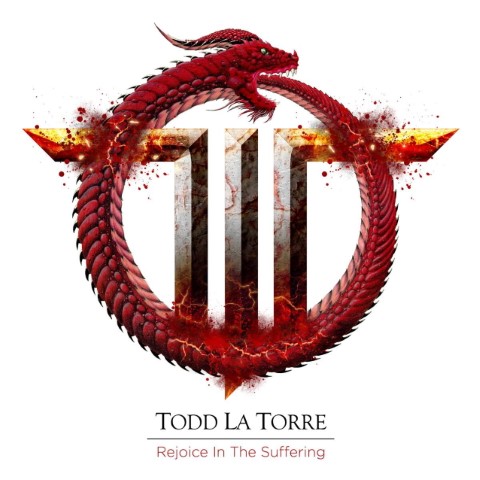