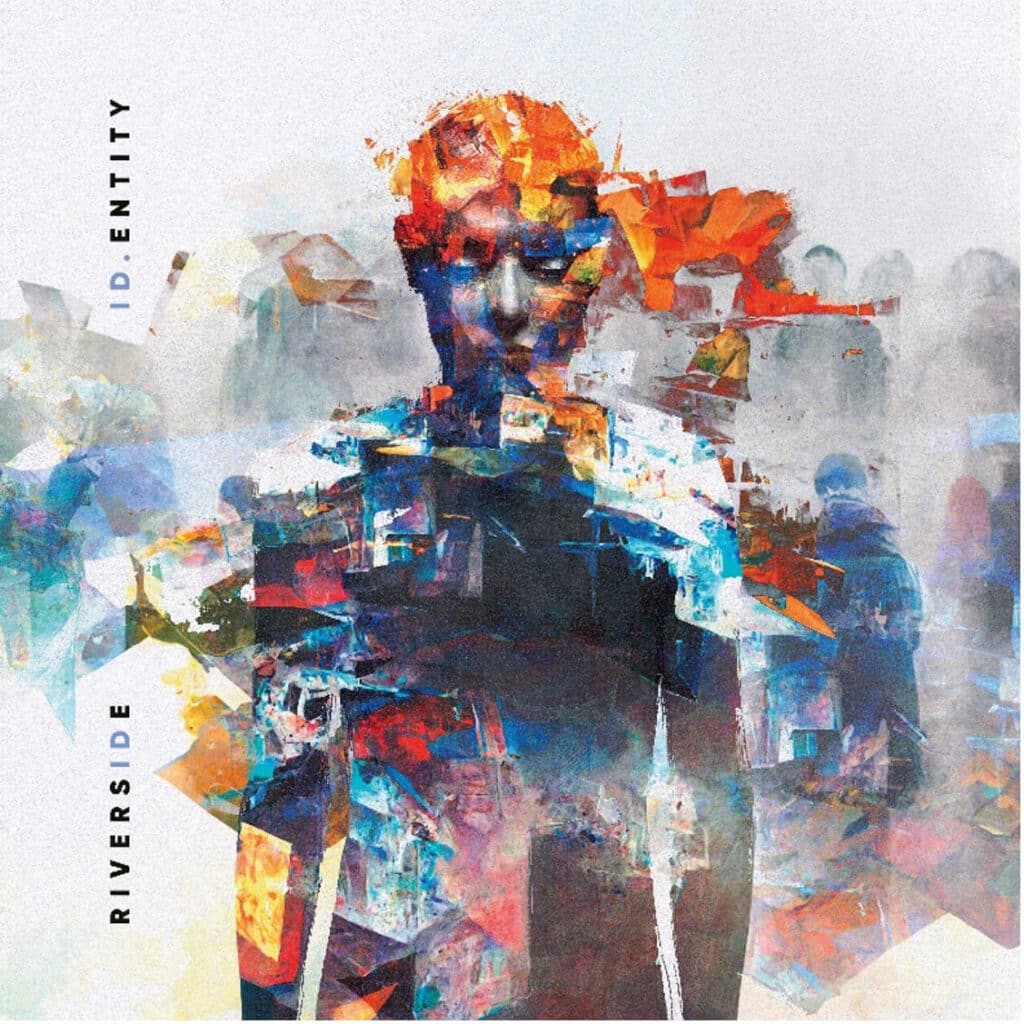 Back in 2008 when I first saw Riverside live in concert, based on high recommendations from members on Mike Portnoy’ website, it was definitely an eye-opening experience.

The band on stage seemed to have everything working and their sound was not just prog. There were great melodies, power pop, interesting lyrics and great musicianship. I was hooked.

After getting up to date with their past releases, it was time for their new cd in 2009 ‘Anno Domini High Definition’ which absolutely blew me away. I’ve followed Riverside ever since and they have never disappointed me with any of their releases, but none seemed to match the impact of ‘ADHD’….that is until now, with the release of their 8th studio effort, ‘ID.Entity’ which is set for release on January 20th, 2023 on the Inside Out Music label (in all the usual methods, including a second cd that has two bonus tracks and a couple of single edits).

The album was mastered by Robert Szydło (who has worked with the band during live recordings) and produced by Duda himself. The results are incredible. While their last few albums (all strong in their own right) have been somewhat darker and broodier, ID.Entity for the most part, flourishes with the sounds found on their earlier albums. The rock-metal-prog we have got used to is still there, but in a more dynamic way.

This album has Riverside making a statement that the past twenty years, while remarkable, are over, and here we start our next twenty.

Lyrically outstanding and focusing on the social and personal issues surrounding all of us, the music is fresh and out front. This is the first full album recorded with the new line-up which now includes guitarist Maciej Meller, who has been an official member of the band since 2020.

Meller fits perfectly into the sound of the band, while bringing his own style to the table. The band shows off their melodic stylings along with their patented prog rock chops. In powerful songs like “Post-Truth” and “I’m Done with You” the band rocks with all the power they can muster while still getting their point across lyrically.

The opening track “Friend or Foe” seems like a friendly call back to the synth-rock early eighties, while the closing track on the standard cd “Self-Aware” could have come directly from the ADHD or earlier sessions. Both “Landmine Blast” & “Big Tech Brother” combine the best of both earlier decades with searing vocals, steady rhythm and perfectly placed surges of power.

This album works perfectly, blending into the greater whole of what Riverside is putting together in terms of modern prog and being held together by the glue that is Duda’s voice.

They are neither living in the past, nor ignoring it. In fact, they may have forged a new IDEntity for themselves, going forward. This is an album that Riverside fans will love, and prog fans should applaud.

Riverside’s eighth studio effort, “ID.Entity,” is a dynamic blend of rock, metal, and prog that showcases the band’s melodic stylings and prog rock chops. The album’s lyrics focus on social and personal issues and the music is fresh and powerful, with standout tracks including “Post-Truth,” “I’m Done with You,” “Friend or Foe,” and “Self-Aware.” The album is a strong addition to the band’s discography and will appeal to both Riverside fans and fans of prog rock.

Here is the standard track listing for the album:

The album’s vinyl version comes as Gatefold 2LP (With the bonus tracks “Age of Anger” and “Together Again” on Side D) in the following variants:

The pre-order for “ID.Entity” in its various formats also starts today here:
https://riverside.lnk.to/IDEntity

Most recently, RIVERSIDE released the special 20th-anniversary Digital Single “Story of My Dream”, which can be checked out in a video clip directed by Tomasz Pulsakowski / Sightsphere here: https://youtu.be/-s7fedFOP88

Additionally, RIVERSIDE also released two digital “best of” compilations to showcase the comprehensive and rich back catalogue from across the last two decades of band activity. Featuring material all specially remastered by Magda and Robert Srzedniccy (Serakos Studio) for this occasion, “Riverside 20 – Vol.1, The Shorts” includes 19 tracks, and “Riverside 20 – Vol.2, The Longs” includes 14 songs. Both individual “Riverside 20” compilations, as well as a bundle, are available here:
https://riverside.lnk.to/Riverside20