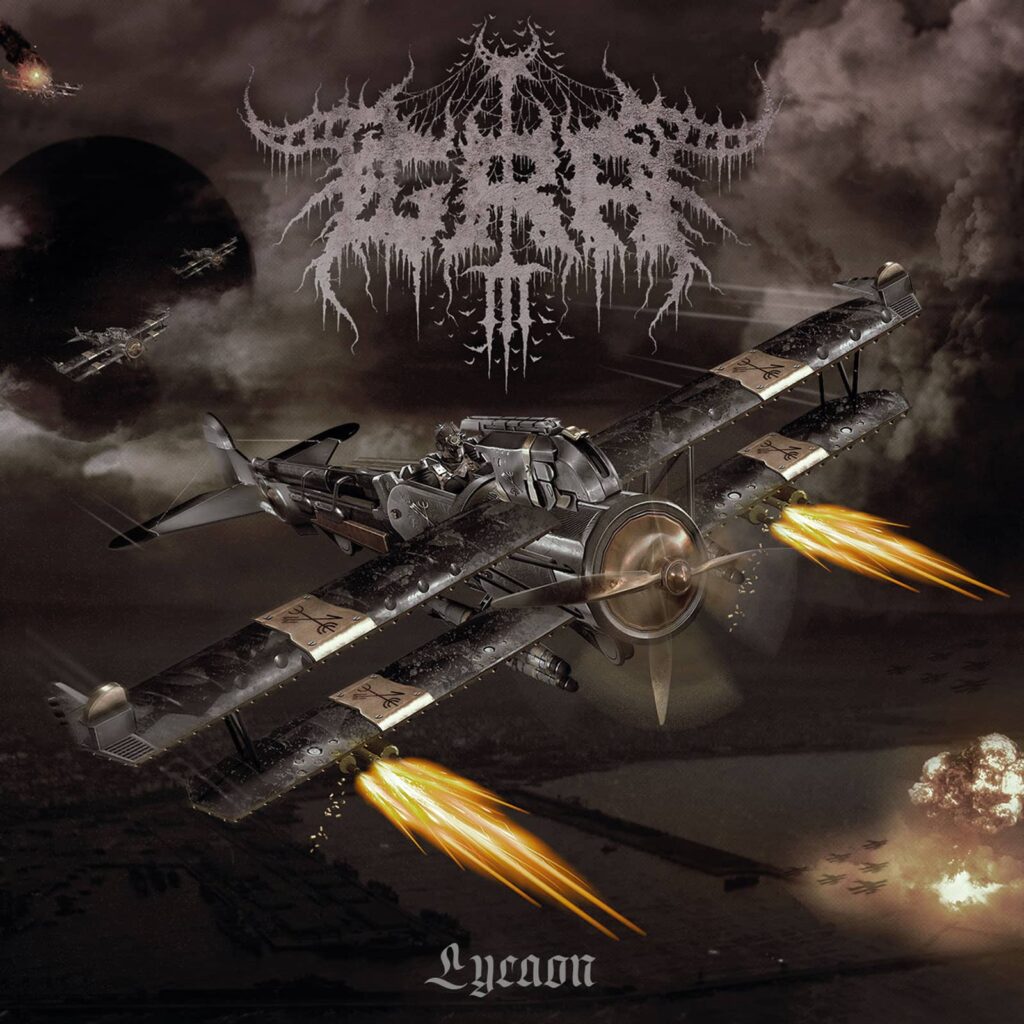 After initially discovering heavy metal through Black Sabbath in my early teen years, I quickly fell into more underground music than the mainstream Ozzfest type of bands that permeated metal circles in the 90s. Finding a fascination with black metal, I of course found the controversial book Lords of Chaos which guided me in certain directions, but in the infancy of the internet, most of those bands were not easily accessible. Thanks in part to cheap Metal Blade Records compilations, I discovered Dark Funeral. While not immediately taken with it, it was different enough that I kept returning to the song Secret of the Black Arts until it finally clicked. In a way, you could say Dark Funeral was my official introduction into black metal.

If you weren’t already aware, Grá is closely related to Dark Funeral as Heljarmaðr is the vocalist of both, assuming the throne of the latter not too long after the formation of Grá. Thanks in part to a resurgence in my interest of black metal after a healthy period of classic and prog rock obsession, I spent the last year familiarizing myself with Grá, of which I can only say is some excellent, and largely raw metal.

Lycaon is Grá’s newest album, daring to push the boundaries of their established sound without coming close to abandoning the direction we’ve come to know. Afterall, the album is named after the king of Arcadia that opted to feed Zeus the roasted flesh of his own son. While maintaining the brutality, you can sense the dynamics of the band are somewhat different and your ears would not deceive thee. Heljarmaðr decided to turn over production duties to someone other than himself for the first time in the band’s history.

Kicking off the album is White City Devil which sounds first-rate sonically, but you immediately notice that the writing itself has taken on a more conventional metal approach. I actually hesitate to use the word “conventional” since it probably has negative connotations among some, but I feel it’s appropriate given how riff heavy the album starts. It’s definitely not the fastest song Grá has ever performed, but it may be the heaviest…until later.

That trend continues with Flame of Hephaestus Master and Torn Asunder. Heljarmaðr has a knack for performing decipherable lyrics while maintaining a brutal style, yet it is still hard to comprehend every word. Unfortunately my advanced copy did not come with lyrics which is especially frustrating given that it is not just the music that’s different, but Grá seems to be tackling different concepts all the way down to the unconventional album cover by Felipe Ignacio. This bizarre mockup of a WWI style fighter plane decked out with metallic skin seems to inform me that there are deeper ideas I may be missing until I can delve more into the album.

For some black metal fans, speed is craved more than anything and you will finally get your dose with the title track although it still dominates with an abundance of heaviness. Chariots of Fire will give you much more of your fill of speed after an eerie intro. It makes me wonder if this album was intended from it’s inception to gradually speed up as you listen track by track. If so, it begins to take the opposite approach as the album winds down with another heavy and somewhat melodic track called Ett Avskedsbrev. In an album filled with moods ranging from depressive to aggressive to brutal and striking, this might be the most moody on the album. I certainly can’t use conventional to describe this album anymore as the time signatures change with little notice.

While there are two more tracks to discuss, only the next one, Brannmarkt, continues as a lyrical journey through the minds of Grá. It’s the heaviest one on the album and begins with audio of a language other than English and ends, with a droning repetitious riff and the sound of an explosion, perhaps evoking the images of carnage that the pilot on the cover may be used to seeing.

Rounding out the album is an unusual outro type song called Jaws of the Underworld which maintains a drum cadence possibly summoning another march to war. Ending this is an alarming sound of what seems to be a foghorn which gives pause to the thought that perhaps this war is moving from the air, as on the cover, to the sea.

Maybe conventional was the wrong word to use earlier in this review. The album is just a touch more mainstream than previous albums from this group but I doubt you’ll be hearing it on any radio station. In fact, I’m reminded of a statement on the first Grá EP that dedicates the music to the spirit of the 90s “when black metal actually meant something.” This album doesn’t resemble much music from that era but it sure seems like it means something. In fact, one of the biggest strengths of Heljarmaðr are his lyrics. A key highlight being from the latest Dark Funeral album. An elegy titled “When I’m Gone.” I’m sure Lycaon continues with that trend.

Is it possible to be unorthodox and conventional at the same time? If so, Lycaon has accomplished that. It’s also possible this may be their best album yet although I typically like to avoid such proclamations. It should be enough to be excited and content without having to pit a band’s catalog against its newest release. It’s also  a shame more people (including myself only a year ago) hadn’t heard of Grá. If there’s any justice in this world, this album will change that. It’s not likely though, but at least you, the reader, can’t say such a thing.

Bernard Romero is a history teacher by day and a music and film fanatic by night. He is currently checking up on his school’s dress code policy and doesn’t see anything prohibiting corpse paint. Even so, the unit on WWI is coming up and corpses are a common theme so maybe that will justify wearing it.