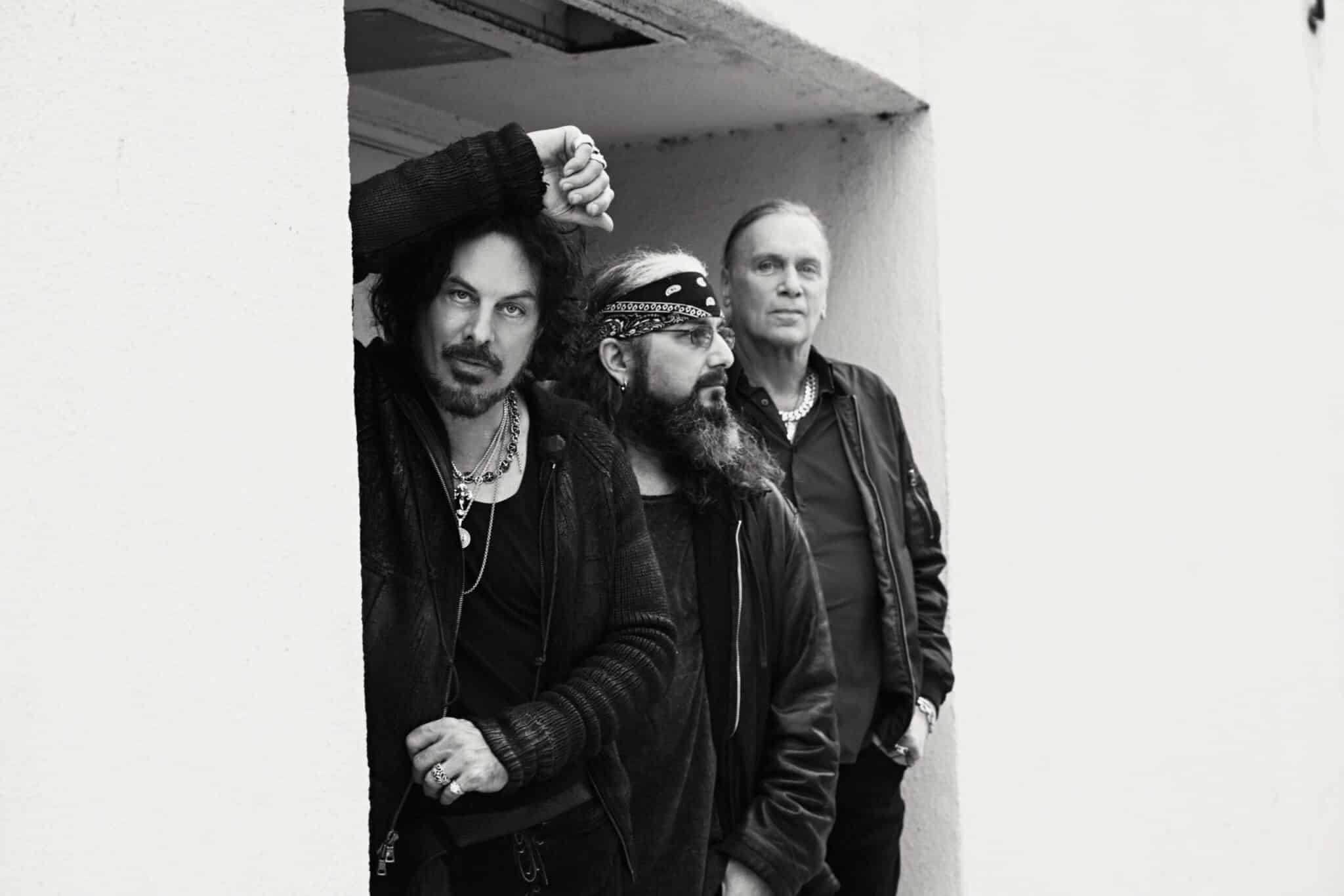 It’s been just over seven years since The Winery Dogs released a full length studio effort, and while the easy cliche is “it was worth the wait”, I have to say “what took so long”? The Winery Dogs are back in full force with their simply titled third album III, which is set for release on February 3, 2023 on the band’s Three Dog Music label on CD and all digital formats. (A vinyl edition of III will also be forthcoming in just a few months.) III was self-produced by The Winery Dogs and mixed by longtime band associate Jay Ruston and I have to say, the production and clarity of the cd is first rate and the louder it’s played the more enjoyable it becomes. Coming in at just under 51 minutes, with ABSOLUTELY NO filler, the outing flourishes from the all-out smokin’ opening track and lead single “Xanadu,” through the very fine “The Red Wine” bass outro.

The aforementioned opening track kicks things off in grandiose fashion that left drummer extraordinaire Mike Portnoy incapable of holding back his enthusiasm as he throws his sticks in glory at song’s end. This is followed by “Mad World”, the funky rockin’ expose that shows off Ritchie Kotzen’s many musical gifts with some wonderful bass chops from Billy Sheehan. “Breakthrough” keeps the energy flowing and harkens back to their first foray as a band on their debut record. One of the more impressive songs that shows off this power trio’s virtuosity is “Rise”. The melody keeps the song chugging along at a brisk pace and should be killer on stage when they start their world tour in February. The first half of the cd ends with “Stars”. Another song that shows off the guitar skills and also the harmonies that Kotzen and company have perfected. If this cd had only these five songs, it would still be a winner. The incredible feature is that the “back half” of the album is even better!

Starting with the balls out “The Vengeance” and the undeniable muscle-flexing of the white-hot “Pharaoh”, things REALLY kick into gear. Which leads into the Deep Purple “ish” speed demon “Gaslight”. Once again the trio completely shred on this song and should be another “rouser” on stage! Finally we get a chance to catch our collective breath’s on the bluesy “Lorelei”. It is a wonderful placement because while the song is incredible in itself, we need the break before the album-closing energy of “The Red Wine”! All 50-plus minutes of III prove The Winery Dogs haven’t lost a step when it comes to conjuring fresh hooks, groovy grooves, and fabulous harmonies.

While classic hard rock had its heyday in the ‘70’s, The Winery Dogs prove once again that you don’t have to replicate what’s already been done while keeping the flame of those wonderful rock & roll times alive. What makes III so great is, every one of these songs is memorable, catchy, and singable, while also including great musicianship. The Winery Dogs keep on getting better with age and here’s hoping we don’t have to wait another seven years (or even two for that matter) for the next album.

The Winery Dogs are a power trio that have been wowing audiences with their virtuosity and catchy, singable songs for over seven years. Their highly anticipated third album, III, is set for release on February 3, 2023 and showcases the band’s skills as both musicians and producers. With a mix of funky rock, classic hard rock, and even a hint of Deep Purple-inspired speed, the album is sure to have something for every rock fan. Plus, with a world tour starting in February, there’s no better time to catch The Winery Dogs live and in person. Don’t miss out on the chance to see this incredible band bring their fresh hooks and groovy grooves to a stage near you.