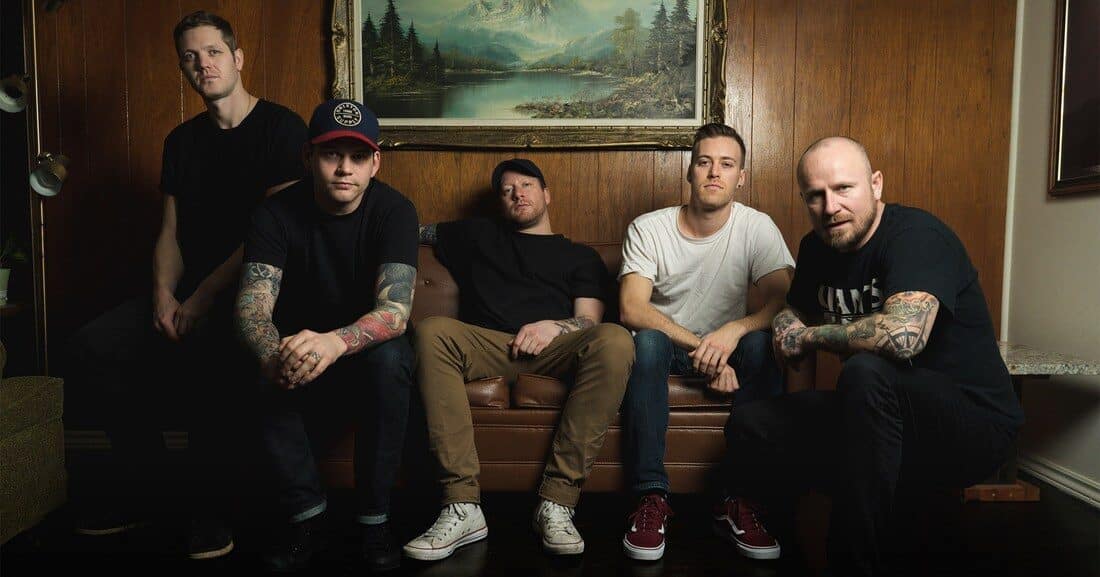 Comeback Kid is a Canadian hardcore punk band from Winnipeg, Manitoba. Their name comes from a headline in a newspaper about hockey player Mario Lemieux coming back to the NHL.

The band was formed in 2000 by Andrew Neufeld and Jeremy Hiebert who were both members of the band Figure Four, which is currently on hiatus. They were joined by their friends Scott Wade and Kyle Profeta.

Upon releasing Turn It Around on Facedown Records in 2003, Comeback Kid began touring full-time, covering most of North America as well as Europe. They also appeared on many high-profile hardcore punk festivals like Hellfest and Posi Numbers festival. Following the touring for Turn it Around, Comeback Kid entered the Blasting Room in Fort Collins, Colorado to begin recording their second album.

In February 2005 Comeback Kid released “Wake the Dead,” their first for Victory Records. After some long tours, vocalist Scott Wade left the band. Neufeld became the band’s vocalist, and they began recording their third album “Broadcasting”. The release of Broadcasting was followed by more steady touring, culminating with a summer long tour supporting Rise Against in North America, and their first appearance on the “Never Say Die” tour in Europe with Parkway Drive. By the end of 2007 the band was to take a short hiatus. At this time bass player Kevin Call left the band on good terms, issuing a statement regarding leaving Comeback Kid.

Call was replaced by Matt Keil who had played in Minneapolis area bands with Hjelmberg. Two more years of touring followed, with the band visiting South East Asia and Latin America for the first times.

In 2008 a CD/DVD was released called “Through The Noise” which is a line from the song “Industry Standards” off of “Broadcasting…” . The DVD is a documentary of the first 6 years of Comeback Kid. The CD is a live recording of a show in Leipzig, Germany filmed in fall 2007. A release tour in Canada followed, named the “Through the Noise Tour.” It featured Bane, Misery Signals, Shai Hulud, Grave Maker, and Outbreak. While on this tour Gravemaker suffered a van accident with Neufeld in the vehicle, which inspired the song “G.M. Vincent and I” off 2010’s “Symptoms and Cures.”

After two years of international touring, the band spent much of 2010 writing and recording their fourth studio album, “Symptoms and Cures” which was released in Canada by Distort Entertainment and internationally by Victory Records. Two more installments of the “Through the Noise” tour followed in North America and Europe.

In early 2012 guitarist Casey Hjelmberg announced he would be leaving the band. Stu Ross of Misery Signals/Living with Lions will assume guitar duties.

On May 13, 2014, drummer and founding member Kyle Profeta announced his departure from the band, to focus on his culinary skills in South Africa.

On September 8, 2017, Comeback Kid released their sixth studio album ‘Outsider’ on Nuclear Blast Records/New Damage Records in Canada.
The band is touring extensively across the world in 2018, and in their stopover in Toronto, Lotsofmuzik collaborator Rodrigo Altaf spent some time talking to singer Andrew Neufeld. Find the interview below:

Lotsofmuzik: Andrew, it’s great talking to you – welcome to Toronto! How is the tour going so far?

Andrew Neufeld: The tour is going great, we just played in Montreal, Oshawa, Ottawa and Quebec, and we’re gonna head west after Toronto. And  actually live here in Toronto now, so it feels like a home show for me. I actually just handed in my 100 person guest list! [laughs]

Lotosfmuzik: Nice! And on this tour you have No Warning and Higher Power. How involved were you in picking those bands?

A.N.: We picked them personally. This is actually kind of a co-headlining tour with No Warning. They are also from Toronto, and they’re one of my favourite hardcore bands, so I was happy to finally get them to come on tour with us. And Higher Power is a band we’ve taken with us before in the UK and Europe, so it’s good to have them back as well.

Lotsofmuzik: I looked at the tour dates, and your schedule is BRUTAL – more often than not there are ZERO days off between shows – is that by choice, or would you have a more relaxed schedule if you could?

A.N.: We want to make so money in a short amount of time! [laugh] Our guitar player Jeremy has a young kid, so we can’t be out for more than three weeks, and we gotta make it work with that in mind.

Lotsofmuzik: What does a typical day when you’re on tour look like?

A.N.: Wake up at the hotel, start driving – most of the guys in the band are vegan, but I’m not, but either way, the next thing to do is to find a gas station and find some food [laughs]. We usually get to the venue by 4pm and do the soundcheck, we go for dinner and I usually have a couple of vodka sodas [laughs], then do the show, go back to the hotel and go out with some friends, go to bed and repeat everything the next day! [laughs]

Lotsofmuzik: What’s the main difference between playing club shows like this versus festivals, and which one do you prefer?

A.N.: I like variety – it sucks to play the same thing over and over. I love the small clubs, but I also like the huge festivals where you play to different people in other parts of the world, and it’s usually massive audiences too.

Lotsofmuzik: In terms of setlist, do you have a fixed one for the tour, or do you change things around every night?

A.N.: We have a fixed one, but we change things here and there. Tonight for example, I just told the guys that I don’t want to commit to the first song until I feel out the crowd. I’ll have a look from behid the curtains and get a feel for it, and that will dictate what I choose to open up with tonight.

Lotsofmuzik: I looked at the setlists of your recent shows, and it seems like a good balance between old and new material. Do you have a process to pick your setlists or not?

A.N.: We like to play the hits from every record, and honestly, if we were a band of a different style it wouldn’t matter so much, but with hardcore, you get so obsessed with how the crowd is vibing off the songs that we play, so we simply try to focus on the songs that get the best reaction from the crowd. At the end of the day, that’s what it is.

Lotsofmuzik: And would you say there’s ONE particular song that you can’t NOT play every night?

Lotsofmuzik: I noticed you start a few shows with a song called “G.M. Vincent & I” which was inspired by a car accident with a band that opened for Comeback Kid on tour – what other things do you look for as inspiration for your lyrics?

A.N.: Being depressed, being addicted to certain substances, and as I get into my head a little bit, there’s all kinds of self-deprecating lyrics – I noticed that about myself lately.  I try to write things that make sense, and the songs find me before I find them.

Lotsofmuzik: I need to ask you about one of my favourite songs, which I hope will be in the setlist tonight, “Wasted Arrows” – what’s this one about?

A.N.: This one will be in tonight’s setlist for sure, and in short, it’s just about getting burned by someone.

Lotsofmuzik: On your last album, “Outsider”, you guys did a song with Devin Townsed – what was it like working with him?

A.N.: It was cool! I had a song with a part where I was kind of ripping him off, and Jeremy, our guitar player, suggested that we asked him to sing that part. He produced some material from my other band “Sights and Sounds”, so I texted him and said “hey, do you wanna sing a song on our album?”, and he said yes. He recorded it on his own and send it to us. I’m a big fan of Devin!

Lotsofmuzik: What kind of special care do you have to maintain your voice?

A.N.: I don’t! I’m not too big on warm ups or anything like that. But usually, when I’m on tour, I find that consistency helps – if I stick to a certain routine, I’m usually ok.

Lotsofmuzik: Punk is a challenging style to sing, and as you mentioned, you do have a side project called Sights and Sounds where you sing more melodic – which of the two singing styles do you find more challenging?

Lotsofmuzik: Speaking of money, what was the turning point for you, where you knew you could leave your day job and live off of music?

A.N.: I’ve been touring since I got out of high school, so I’ve never been a day job kind of guy. I’ve worked day jobs, but usually I tour so much that I’m only home for a month, so it’s not enough time to get a “proper” job. So I try to make my money stretch when I’m off. I do odd jobs here and there and I also produce bands, but that’s also “term” work – you’re very busy for a couple of weeks or months, and then you’re off for another moth or so. It’s not consistent, but it’s intense, just like touring.

Lotsofmuzik: Your most recent album Outsider is about one year old now – any plans for a follow up?

A.N.: We just released that record, man! [laughs]. And we just released a seven inch two months ago! At this point we’re planning on touring a bit more, and then we’ll see

Lotsofmuzik: Any plans for a 20 years anniversary tour in 2020?

A.N.: Oh yeah, we’ll have to do something special for sure, and capitalize on that.
Lotsofmuzik: Looking back those almost 20 years, is there something you would have done differently?
A.N.: Probably, but I try not to focus too much on that. I mean, I suppose you can learn from your mistakes, but there’s not much point in keep banging your head against the wall because of something you did years ago.

Lotsofmuzik: You just mentioned that you did a few European shows, now you’re touring North America, and there will be a couple of shows in South America soon, right?

A.N.: Yeah, we’re gonna do a few shows with H20 on the West Coast, then we have a few shows with Madball on the East Coast, a festival in Florida, and then we go to South America with Pennywise in December, so it’s shaping up to be a pretty busy year!

Lotsofmuzik: Have a great show tonight, and I hope everything goes well with the tour, man!

Cover art and traclist of their atest album can be seen below, and the official video for the song Surrender Control as well. 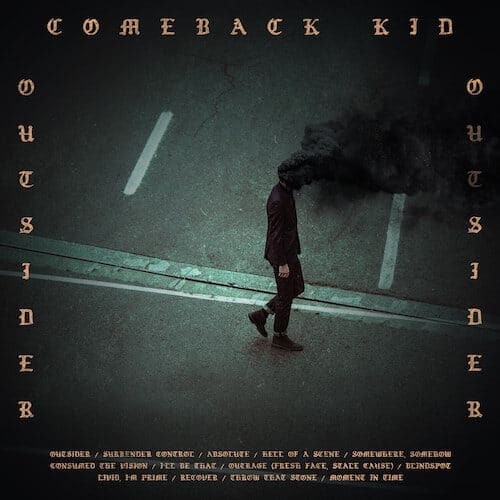 You can order it through their label Nuclear Blast webpage here: 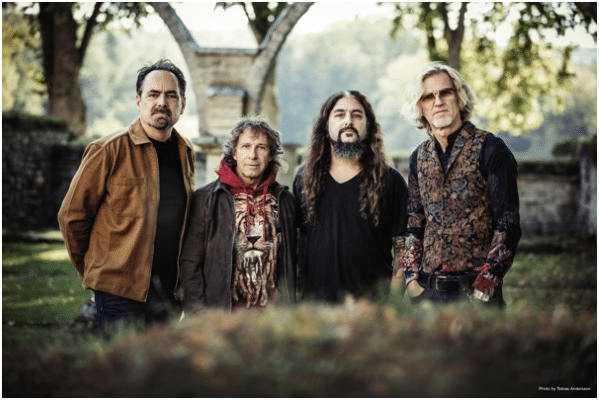 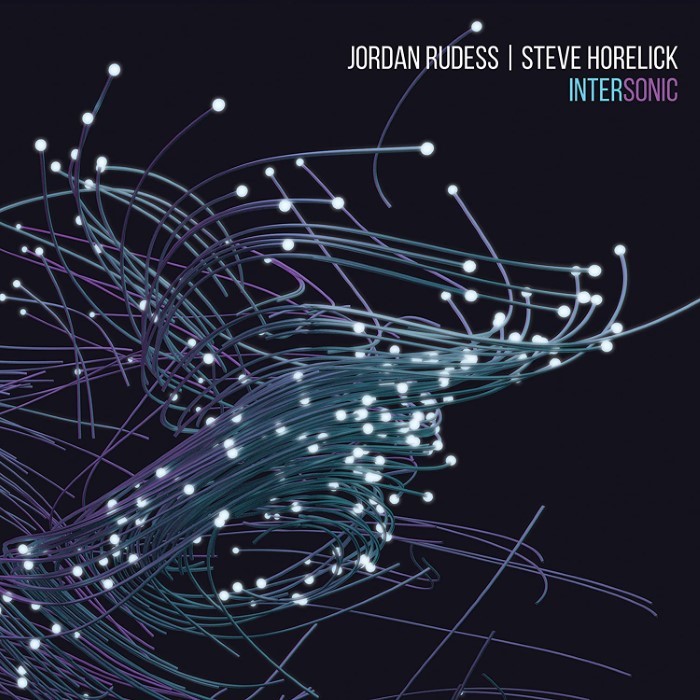 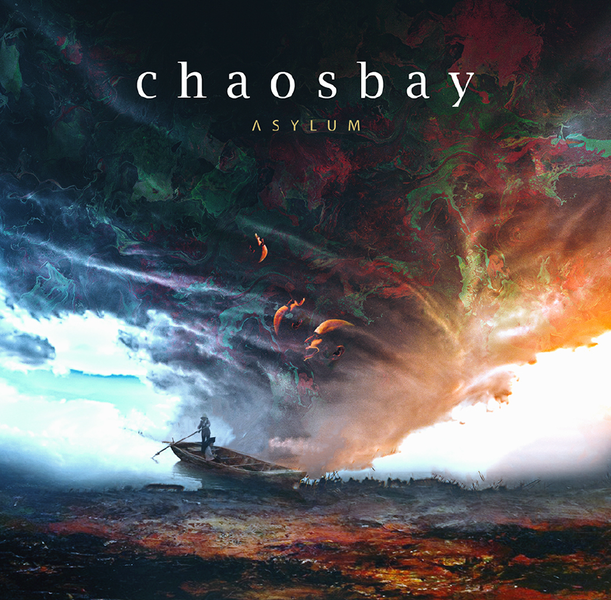