Hellripper’s third studio album, due for release on 17th February 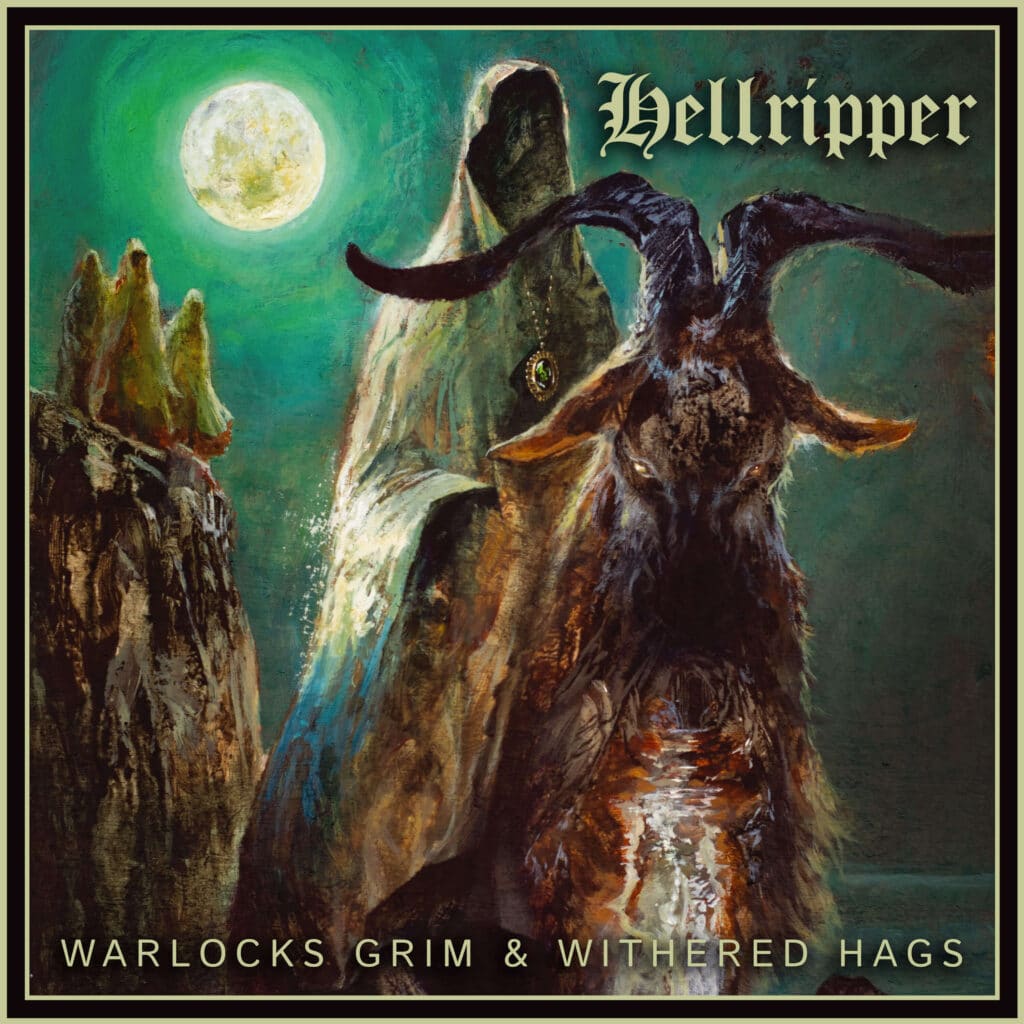 Having released the masterful ‘The Affair of the Poisons’ in 2020 on Peaceville Records, James McBain and his electrifying brand of blackened thrash fast-propelled Hellripper to the forefront of the UK metal scene – now get ready for ‘Warlocks Grim & Withered Hags’ – Hellripper’s third studio album, due for release on 17th February.

McBain’s musicianship is ragged and brilliant – The WIRE

‘Warlocks Grim & Withered Hags’ establishes a new threshold of excellence and raises the bar further over ‘The Affair of the Poisons’, with an opus standing at the crossroads between the sound that Hellripper has become known for and a whirlwind of different influences up until now yet to be explored, resulting in James McBain’s most personal and diverse work to date. With a greatly expanded scope to the tracks, incorporating more epic and melodic blackened anthems alongside the high-speed metal attack and blistering solos, ‘Warlocks Grim & Withered Hags’ marks a new high point for the band.

Inspired by the landscapes and legends of the Scottish Highlands, McBain explores the darker side of Scottish history & folklore – the title itself taken from a line in the Robert Burns poem, ‘Address to the Deil’ – as well as including references to clan culture (including his own) throughout the album.   Setting the scene with the release of their first single (available on all streaming platforms now) and accompanying lyric video, created by Matthew Vickerstaff, for “The Nuckelavee” – McBain comments “I wanted “The Nuckelavee” to be the first track released as it’s not only the album opener, but it is the song that I think best represents the overall sound and vibe of the record. It’s speed metal at its core but with a few twists. Lyrically, “The Nuckelavee” is based on the Orcadian tale of the eponymous creature – a grotesque and skinless horse-like demon that brings plague and death wherever it travels”

The theme is continued with, for example, the track, ‘The Cursed Carrion Crown’, being based on the legend of ‘Sawney Bean’ and the Bean Clan (a spelling variation of “McBain”) and tells the story of a family of cannibals that lived in a cave and committed various gruesome acts.

As always, the writing and recording process was carried out by James McBain himself, with a few guests offering contributions in the form of additional vocals and instrumental parts. With recording taking place between March 2021 and June 2022, the album was also mixed by McBain, and mastered by Damian Herring at Subterranean Watchtower Studios.

You will bang your head, you will slop beer everywhere, you will thrash like a maniac – Hellripper fucking rule. – Kerrang!