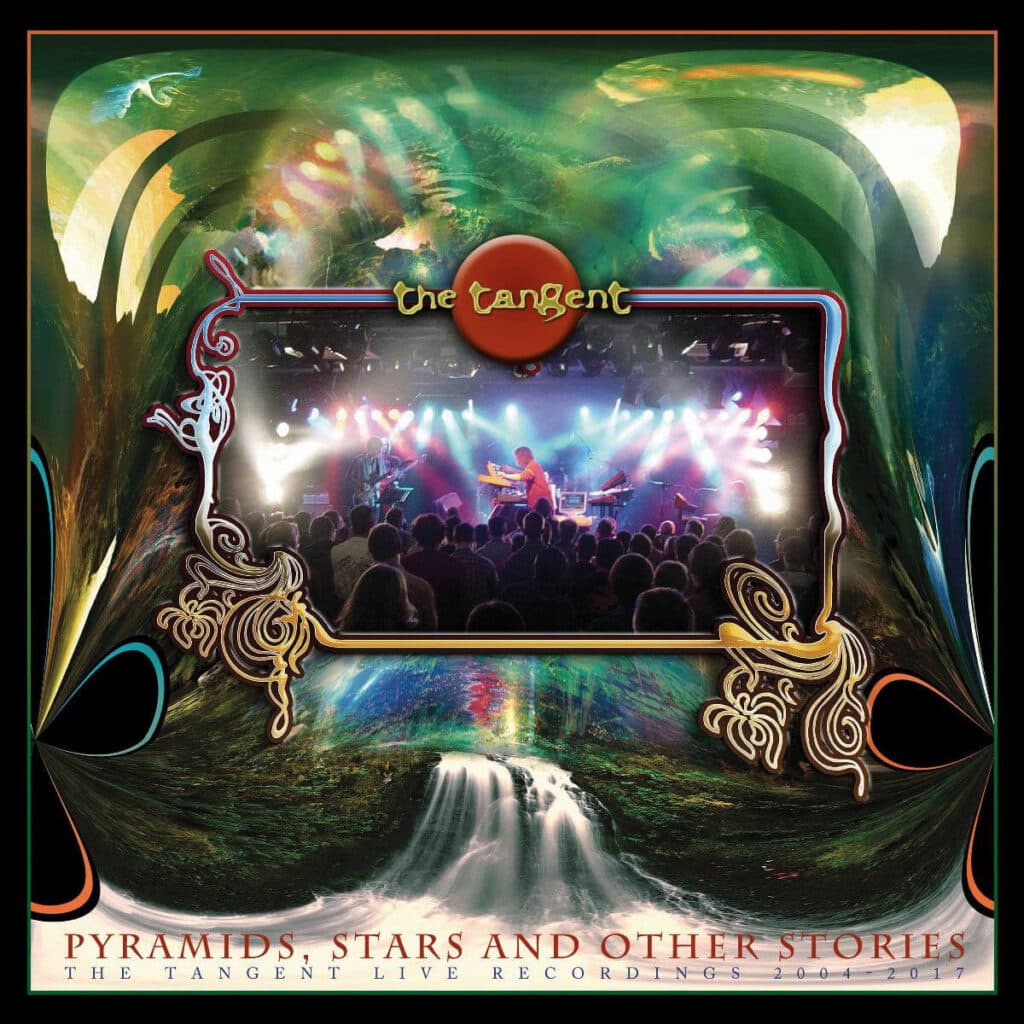 The Tangent are pleased to present ‘Pyramids, Stars & Other Stories: The Tangent Live Recordings 2004-2017’ for release on January 27th, 2023 via InsideOutMusic. Collecting together tracks from 3 line-ups of The Tangent, this 2CD & 3LP album collects together show recordings from 2004, 2011 & 2017. Band leader Andy Tillison comments: “A Triple Live LP is the stuff of Bucket Lists, dreamed of doing one of these since I was a kid”.
The album will be available as a 2CD Digipak, a Gatefold 3LP+2CD & LP-booklet, as well as digitally worldwide.

Listen to the track ‘A Spark In The Aether’ recorded by the bands current line-up, and pre-order now here: https://TheTangent.lnk.to/PyramidsStarsOtherStories_TheTangentLiveRecordings2004-2017

Included in its entirety is the 2004 ‘Pyramids And Stars’ concert in Germany featuring the “Roine Stolt” lineup of The Tangent playing its way through the majority of the debut ‘Music That Died Alone’ album along with (then) new material from their second album ‘The World That We Drive Through’.

Added to that, there are tracks from the COMM era line-up of the band at a concert in the UK – plus music recorded in the USA in 2017 by the band’s current line-up. These originally appeared on the ‘Southend On Sea’ and ‘Hotel Cantaffordit’ fan releases respectively.

All is presented inside a re-imagined Ed Unitsky sleeve, to create a package that fans are sure to love.
“This is a real, proper, live album” says Tillison. “It’s candid, it’s spontaneous, it has mistakes and things that are a bit too loud and things that are a bit too quiet. It’s what happened on stage at three gigs at which “making a live album” never crossed our minds.”

The full tracklisting is below:
Side One
1. The World We Drive Though

Side Two
3. The Canterbury Sequence
4. The Winning Game

Side Three
5. In Darkest Dreams

Side Four
6. The Music That Died Alone
7. Lucky Man

Side Six
11. A Crisis In Mid Life
12. Doctor Livingstone (I Presume)

The CD’s (included with the vinyl edition) also include all of the above with the addition of:
13. Titanic Calls Carpathia
14. Two Rope Swings

If you want us to review your music just send us a message at: [email protected] or through our contact form here